The Championship Fours played over the weekend 16th March demonstrated once again that it’s never over until the last bowl has come to rest.

The first game started with great promise, giving spectators and players alike a sense of a good battle ahead, with very tight heads, and some superlative bowling, resulting in the lead seesawing to favour Joy, then Pam, and then back again.  Players seemed to lose the flow during the middle of the game, with ends delivering one point alternately over quite a patch, eventually realising a two point win to Joy’s team.

The second game was a completely different affair, with Pam’s less experienced team streaking ahead over the first ends, to a lead of 11/3 midway through the game. Each of the team was delivering quality shots, and building strong, well-defended heads.  Then, with the realisation that if they didn’t take this game, they’d all have to play another in the heat of the afternoon blazing sun, Joy’s team finally kicked into gear and began responding with some artful bowling.  Pam’s lead was gradually whittled down, one by one, until, going into the last end the score was 11/10 to Joy.  Another tight-head, the final end was held nicely to 2 points by Joy’s team as the skips took their places at the mat.  Joy increased the lead to three; Pam then deftly split the two bowls on the jack, leaving what appeared to be a measure for the point, giving a draw.  Joy’s next bowl drew a perfect line to the jack, but just rested alongside Pam’s first bowl.  Still, a measure; a potential draw.  Pam’s final shot nestled into the head, but not enough to change the scenario.  Players crowded around, and spectators were craning their necks as Margie took the measure:  by less than 8mm the pink bowl won over the orange.  Joy Boyd’s team took the Victory.

The match was a great opportunity for the newer players in Pam Taylor’s team to play under competition pressure, and they made the most of that opportunity, putting up some precision bowls, and outplaying the more experienced team on many ends.  Joy’s consistently accurate skip bowls, and perhaps the competition experience, and ability to play under duress, served Joy’s team well, and allowed them to follow through with the win.  Well done to all.

Auckland Bowls would like to gauge how well we have been doing and what improvements could be made. In terms of the playing programme we are beginning to plan for next season, so feedback from this meeting will be useful in that process. 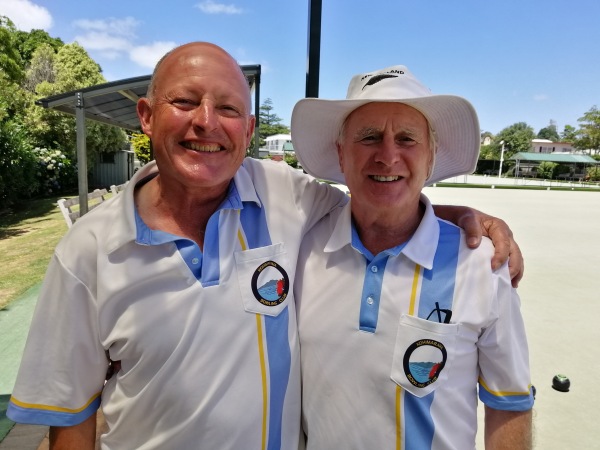 Men’s:  Winner – Mark Compton.  Runner-up – Charles Martin
Women’s:  Winner – Kaye Wilson.  Runner-up – Bev Callingham
There were some quite close-and long- competitions over this weekend. The great sportsmanship (and endurance) of our competitors was certainly visible on the green, but was also highlighted by the commitment of Umpire Ron Taylor and the volunteer Markers. Thank you, Ron and Markers, for giving back to your sport and your Club with your time and expertise. 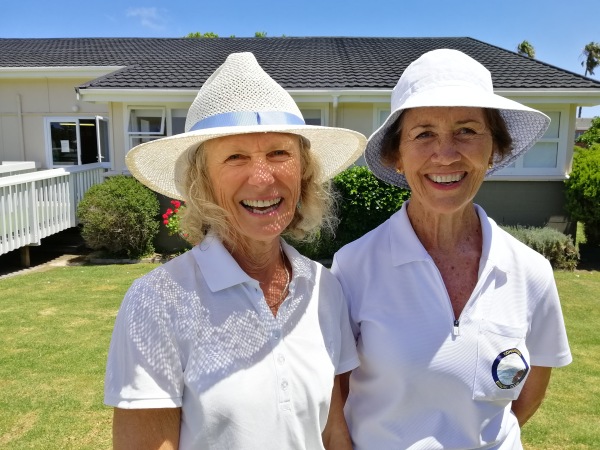